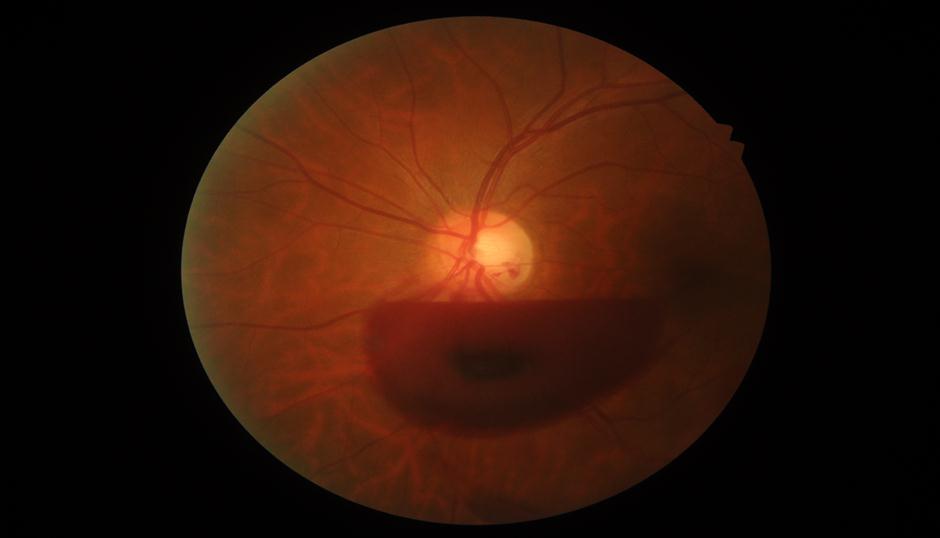 What is the diagnosis?

The “classic” clinical appearance of Valsalva retinopathy  is a well-circumscribed preretinal hemorrhage in either the subhyaloid or sub–internal limiting membrane space. Interestingly,  Often, the ruptured vessels in the perifoveal vessels can cause a sudden and painless loss of central vision. It is caused by a sudden increase in intrathoracic or intraabdominal pressure. It usually occurs in an otherwise healthy eye and spontaneously resolves.  Common predisposing activities such as coughing, vomiting, lifting, straining for a bowel movement, strenuous exertion, sexual intercourse, labour, blowing musical instruments and compression injuries has been described as a causative factor.

The valsava manoeuvere reduces venous return to the heart and stroke volume, consequently increasing venous system pressure which causes rupture of small superficial capillaries in the macula leading to extravasation of blood into the retina, usually below the internal limiting membrane but may also bleed to the vitreous cavity or subhyaloid space.

The blood is initially bright red, but turns yellow after several days to weeks. A fluid level may be seen. Serous detachment may persist up to weeks until complete resolution.

Intermittent Diplopia in the Elderley

Rapid Resolution of Unilateral Haemorrhagic Retinopathy in a Young Patient