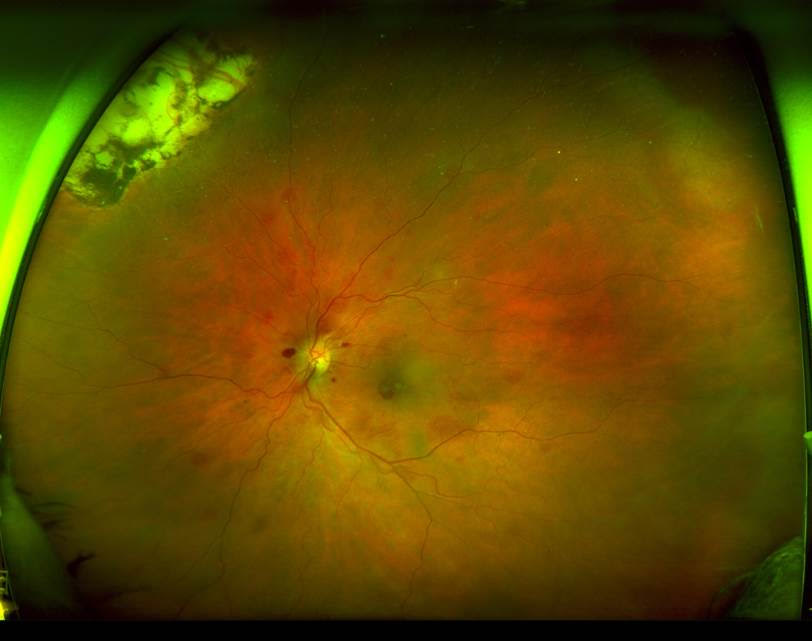 Case Study: 69 yo lady with past history of retinal detachment
Dr Daniel Chiu

in both eyes presented with bilateral blurred vision after recent illness. She collapsed and was treated in a large general hospital ICU for several weeks.

Current finding 6/18 vision both eyes, normal IOP and no RAPD. Previously noted to have 6/9 vision each eye after RD repair.

Here are the fundus photos 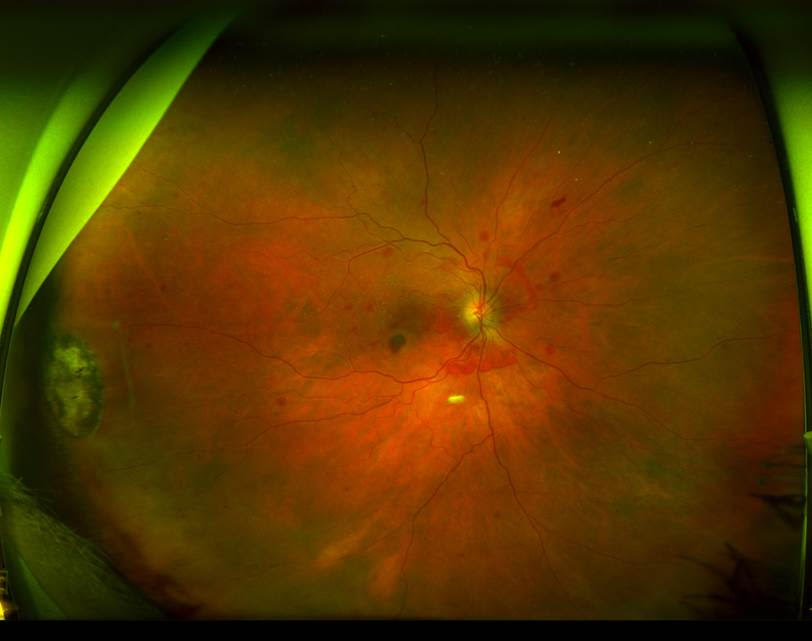 What is the likely diagnosis and why? ?

A bilateral haemorrhagic fundus has many differential diagnosis. However, the bleeding pattern is very unusual for common diagnosis such as diabetic retinopathy, anaemic retinopathy, blood dyscrasia or bilateral central retinal vein occlusion. Importantly, most of the bleeding centre around posterior pole and appears to be in multiple different layers under, in and above the retina.
This is a mild case of Terson’s Syndrome without the significant vitreous haemorrhage, probably because the patient had vitrectomies before and much of the vitreous blood was dispersed and resorbed more easily.
History was that the patient collapsed and found to have large cerebral aneurysm with a mild subarachnoid haemorrhage and the aneurysm was successfully coiled without major neurosurgery.
Most of the patients with Terson’s Syndrome actually present back in the community much later after their lengthy neurological rehabilitation and very unusual to see patient walking into your practice well with such story and findings.
Similar findings can be seen in Valsalva retinopathy but often unilateral and commonly with a precipitating trigger such as vomiting or straining. It is often unilateral due to sometimes unilateral congenital incompetency of one jugular venous valve allowing raised thoracic venous pressure to be transmitted to the head and neck. Terson’s syndrome is almost always bilateral.

Here is some confirmatory OCT to show the location of the haematoma under the internal limiting membrane, and some under the retina at the fovea: 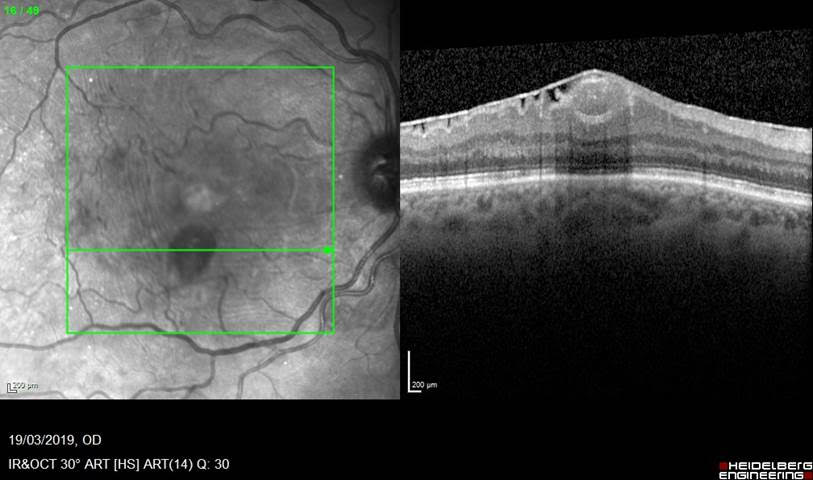 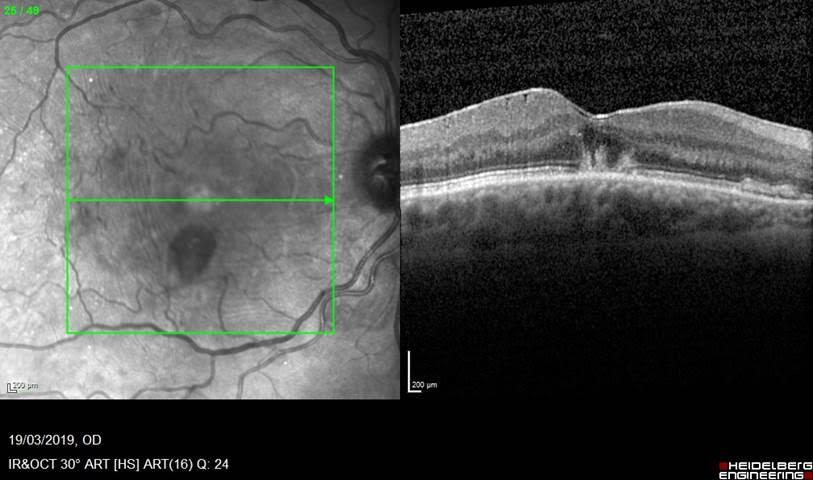 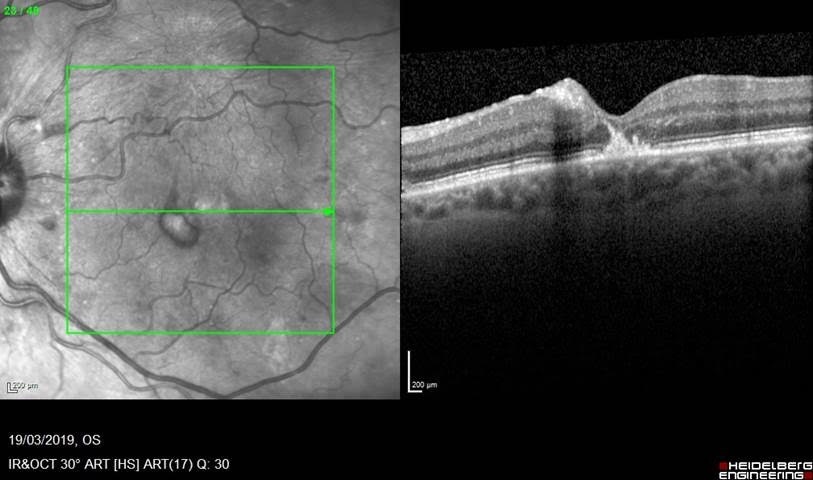 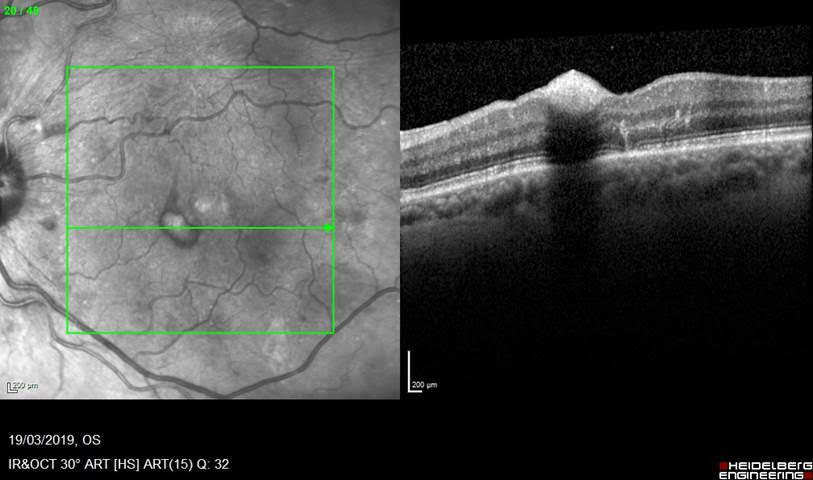 Intermittent Diplopia in the Elderley